The site lies on the southern plateau of the city centre that both frames the urban core and leads directly to the diverse natural landscapes of the region. It presents a unique break in the city fabric, opening up the possibility to link the city culture with the green regional networks. Simultaneously, the city has begun to add a series of cultural spaces on the periphery of the city. This site, lying along the major east-west axis of the city, is crucial to providing much-needed quality public and cultural space within the urban core. It will increase urban cultural activities while linking to existing heritage spaces to the recent commercial developments.

The site has a mix of quality heritage buildings and mediocre structures, which currently form a semi-public courtyard on part of the site. This spatial quality is kept, enhanced, and extended via the removal of a few key structures in combination with the addition of a series of new buildings. The porosity of the existing courtyard is maintained and linked to a series of newly formed courtyards with varying degrees of private and public atmospheres; thus establishing a sequence of different spatial relationships between the bottom and top of the slope ranging from terraces, a raised deck, steps, roof gardens, rolling hill garden, to a sloped hillside.

The existing courtyard is enriched by forming a punctured two layered court? with cultural spaces below and green spaces on the roof; thereby, literally mixing nature and culture by stacking their spaces and linking them by a series of voids. This rich new culture/nature complex is showcased to the city by renovating an existing structure to create a strong contemporary building face along the main street, which frames a new grand entrance into the layered court space.

Given the complexity of the program: retail, café, cultural spaces, academy, edutainment, child care, housing and parking, the design?s sequential spaces and buildings will allow for easy, flexible phasing; thus permitting the development to grow over time as financing and tenants emerge. 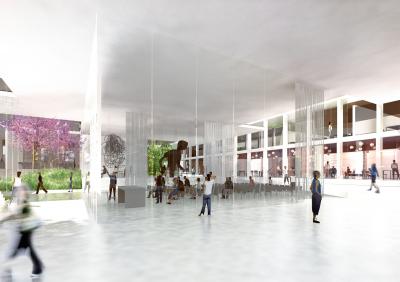 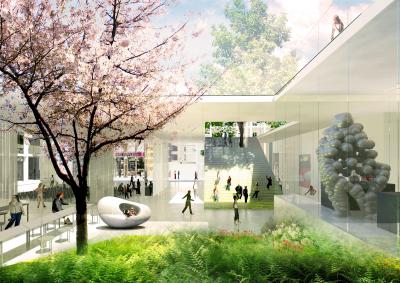 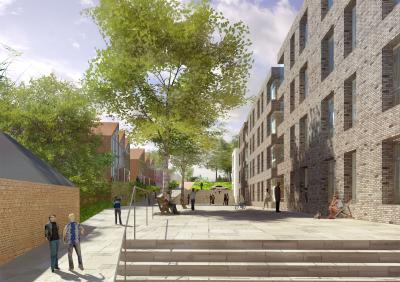 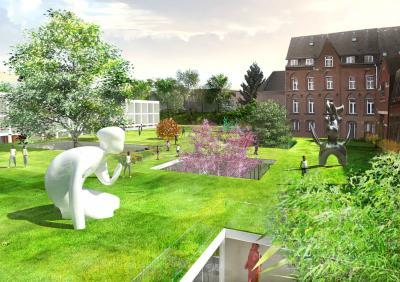 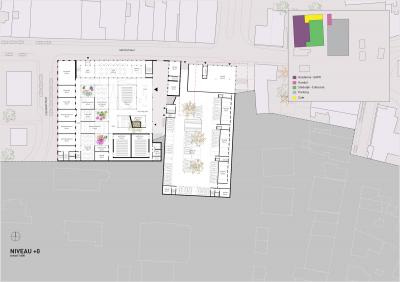 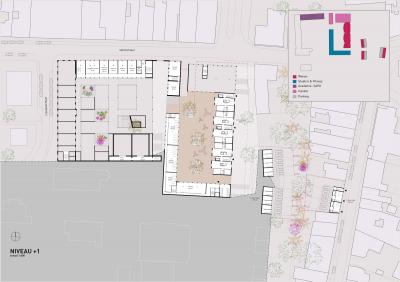 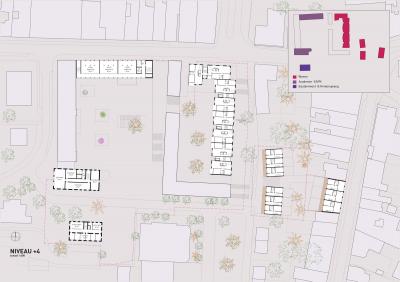 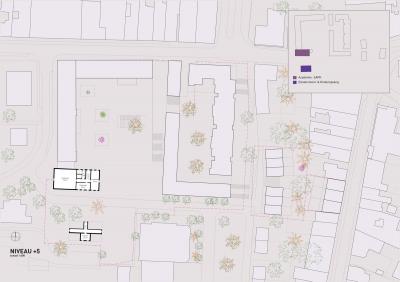 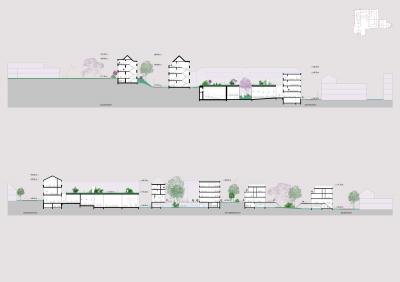 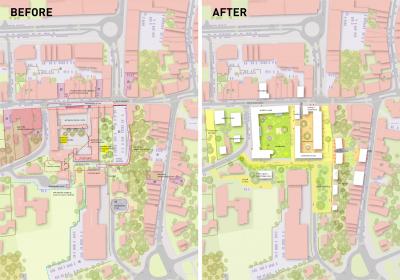 Noordwijk
A RENOVATION OF A SEASIDE VILLA

Kaohsiung
A THIN PLATE OF THE MARITIME AND POP MUSIC CENTER