Kozin is a neighbourhood of Kiev situated along the Dnepr River 20km south of the city centre. The neighbourhood is one of the most expensive suburban housing areas in Kiev for the upper class of Ukrainian society. The site is an island of 23ha surrounded by small streams leading to the Dnepr river. On this site, We were asked to project a minimum of 2000 dwelling units. We succeeded by proposing a unique perimeter block typology of limited height that preserved and enhanced the benign natural qualities of the site.

This urban ring strategy also diversified the site by providing a range of housing typologies. It diversified the range of users on the site, allowing the site to house young couples, to families, to retirees. Each typology also allowed each unit to engage with the site in a variety of ways ? from being in a mid-rise with long views to being a low rise sitting amongst nature and the trees. And by varying the users, and embracing the existing nature of the site, a rich range of public spaces could be developed. They range from truly lively urban spaces to extremely intimate natural zones.

The ring of development solved a few other site issues. This ring formed a parking dyke. Averting a costly underground solution, this could be built above ground and use landscaped hill leading up to the units. Additionally, this move created a dyke enclosing the development and thus solving the flooding issues on the interior of the site. 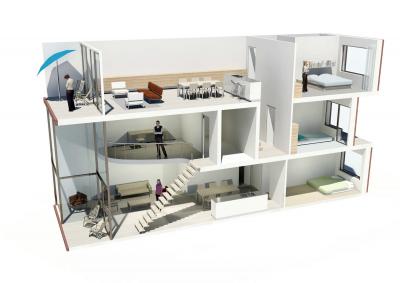 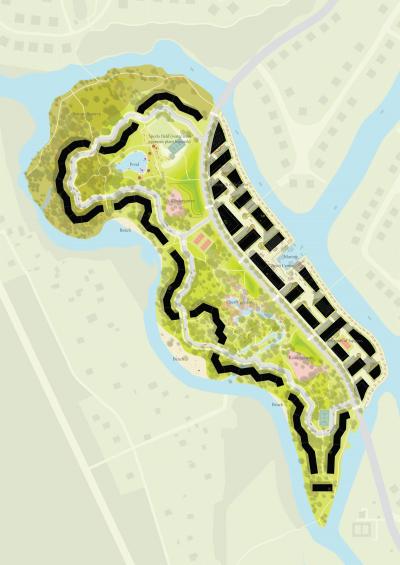 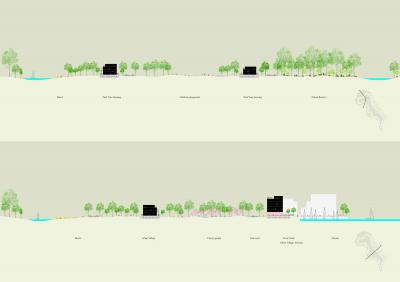 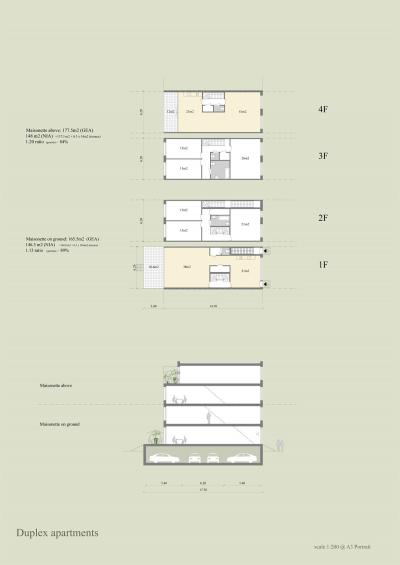 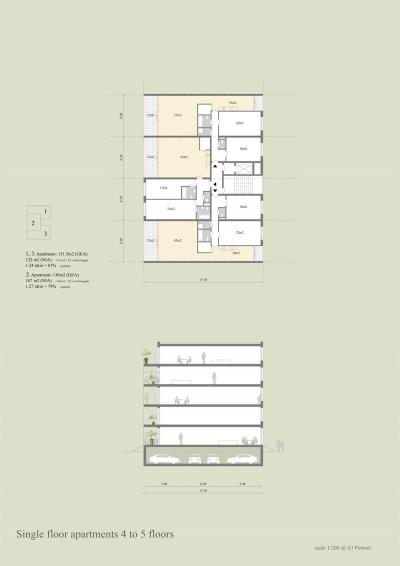 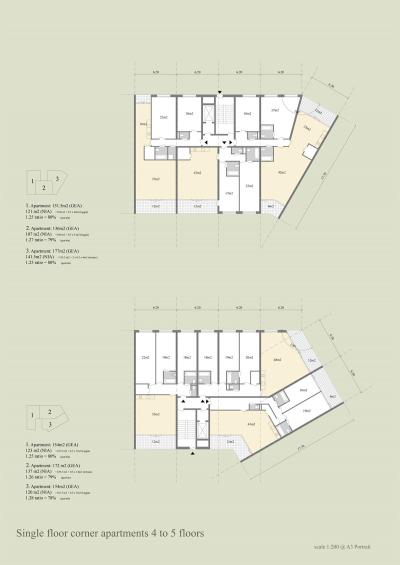 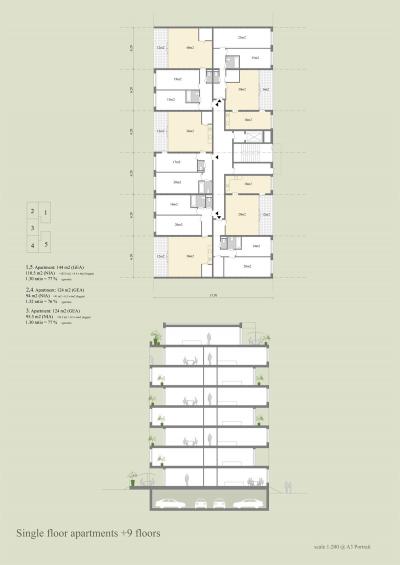 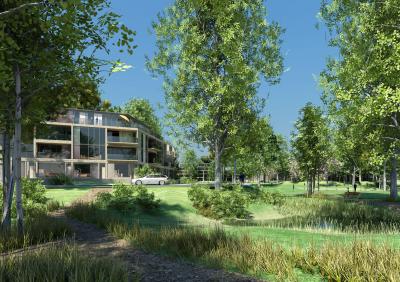 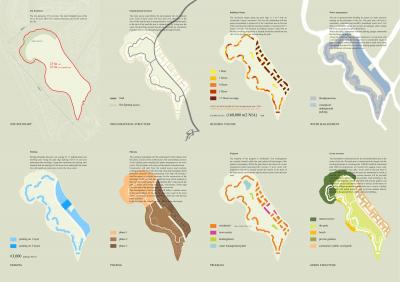 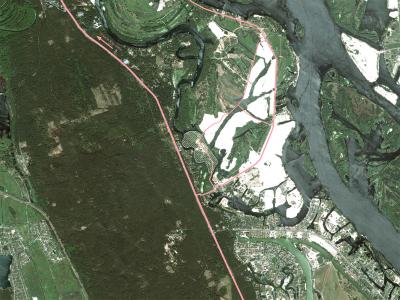 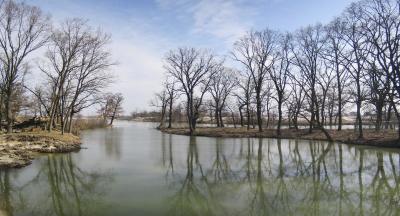 Geldermalsen
TOTAL MAKEOVER OF A BARN

Noordwijk
A RENOVATION OF A SEASIDE VILLA